What is the best oil to use in my performance engine? 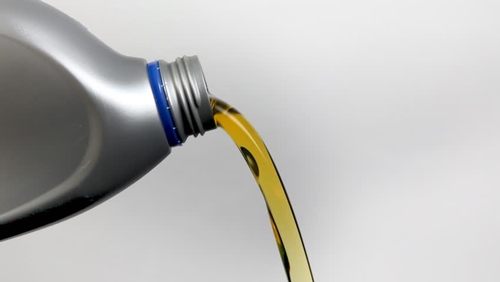 This is a sticky subject and there are lots of opinions and theories on it which can all be in-part true or not. It just depends on how you look at it and what best suits your needs. Here's what I was told by an old friend of mine from Redwood Oil, who was an refining engineer, so he should know what he's talking about. There are basically 3 kinds of oils, ash based, paraffin based and synthetic.

Ash based oils are what I prefer. They are commonly Valvoline, Kendall, Castrol and a few other's. Paraffin based oils are "wax" based and you have probably seen old, neglected engines where you take-off a valve cover and it's literally caked with crud inside with this light weight, dry substance stuck to everything and clogging everything up. That is paraffin wax from the oil. You'll hear old time engine builder's call engines like that, "Pennzoil engines". Don't get me wrong, there's nothing wrong with paraffin based oils (or Pennzoil) as far as protection goes, it's only when you leave that kind of oil in there too long that it starts coating the insides of everything with wax, and just like when making candles the old fashioned way, by dipping a piece of string into hot wax over and over again, it builds-up on the string until you have a candle. This is exactly what goes-on inside your engine every time it heats up and cools down if you don't keep the paraffin based oils fresh and clean.

Oil weights are another story. We used to mainly use straight weights, such as 30 wt. for standard engines and 40 wt. and 50 wt. for racing engines. This was due to whatever the inside clearances were and temperatures that the engines were going to be run at. A racing engine is usually set-up loose, (wider clearances), than a basic street engine, and most racing engines are run in warm, Summer weather, which would require a thicker oil to take-up the clearances to keep the engine protected. A tighter engine, such as a stock engine, would require thinner oil such as 30 wt.

These days, with multi viscosity oils, you get better protection BUT there is a real misconception on this. 10W-40 oil is not 10 weight when it's cold and 40 wt when it's hot like a lot of people think multi viscosity oils do. The "w" in the weight listing stands for "winter". It's supposed to indicate how the oil will flow during cold winter months, but that to is subject to circumstances because a "winter" in Arizona is a hell of a lot different than a "winter" is on Wisconsin. Wisconsin might be 0 degrees or colder in Winter, where in Arizona you might wake-up to 80 degree winter mornings. Oils are thicker when they are cold and thinner when they are hot. The best way I can say to understand this is to think of the "w" as meaning the "cold weight" of the oil, so think of a 10w-40 oil as being a 10 weight oil "base" which will indicate how the oil will flow in cold temperatures. Along the same lines, think of a 20w-50 oil as having a 20 wt cold base flow rating, so it'll be a little thicker when cold than a 10w-40 oil would be. That's about the easiest way I can think of to explain it.

So think of a 10W-40 oil as meaning that the oil is similar in flow to a 10 weight based oil, but when it's hot, it will have the "viscosity" protection of 40 weight oil. It does NOT turn into 40 weight oil like so many people think multi viscosity oils do. They are called "multi viscosity" for a reason, not "multi weight" oil. It isn't meat gravy! It doesn't get thicker when it heats up. Don't believe me? That's an easy one to prove. Check your dip stick when your engine is cold. The oil stays on the dip stick as normal because it is at it's normal, thicker cold "weight". Now check it when the engine is hot, the oil will run off that dip stick like it was thinner than water! Like I said, it ain't gravy and it does not thicken when it gets hot.

20w-50 oil is the same way. Think of it as having the cold flow of a 20 weight oil, and the protection, or "viscosity", of 50 weight oil when it gets to running temperature. This is because the molecules in the oil are kind of like tiny little springs. When they heat-up, they expand, and when they are cold, they contract... in simple terms. This expansion and contraction does not thicken the oil when it gets hot. It still thins-out like any oil does. It just means that a 20w-50 oil will be a little thicker when cold than something like a 10w-30 or a 10w-40 oil would be. This means a 10w-30 or a 10w-40 oil will get to the places it needs to go quicker than a 20w-50 or a straight 30 wt oil will because thinner oil is easier to push and it can get into the tighter clearance places easier than a thicker oil can. It's easier to drink a soda pop through a straw than it is a milkshake. It's kind of along those same lines.

Now, what's a good weight to run in your engine? Most modern car engines have very tight clearances and need thinner oils so the oil can get where it needs to go to do it's job as fast as possible. Thick oil has a hard time getting in tight places or getting where it needs to go until it warms-up and thins out. That's why we always warm-up our performance engines before we started driving or putting any loads on the engine. This makes sure the oil is warmed-up, thinned-down, and has had time to get where it needs to go to start protecting the internals of the engine before loads or RPM is given to it.

Thinner oils have less drag on the oil pump and drive gears, which equates to less parasitic power loss. But again, too thin of oil can also mean less protection under high loads and high heat, so there is no one perfect answer. The problem with thin oil is that most oil and advertising is geared towards the East coast where it is very cold in the Winter so thinner oil is more suited. The West coast almost never gets that cold, so the oils we use out here need to be thicker with higher viscosity numbers. I would never recommend 0w-30 or 5W-30 oil in ANY "American" performance engine, let alone any normal street cars in warm weather. That stuff is like water and can't take the kind of heat and loads of an American  performance engine. Import engines use tighter clearances and have different designs than older "muscle car era" American engines have, so when it comes to oil, we aren't talking apples to apples, it's more like apples to oranges. This can go on and on, so I'll try to keep it brief. If you look in a Valvoline catalog under oil recommendations, they recommend 30Wt. in trucks that drive in weather over 80 degrees. Well, that is pretty normal weather for the West coast.

The nitty gritty of oils: Mineral oil is refined, and the refining process is pretty good, but not perfect. Here's how my friend from Redwood Oil explained it to me so it was easy to understand: Crude oil has everything in it, from gasoline to diesel to all of the weights of oil, and each part is processed out of the whole crude oil. Once the oil has been refined out of the crude, also known as "heavies", what they do to get the different weights is by separating the different sizes of molecules that make-up the thickness of the oil. 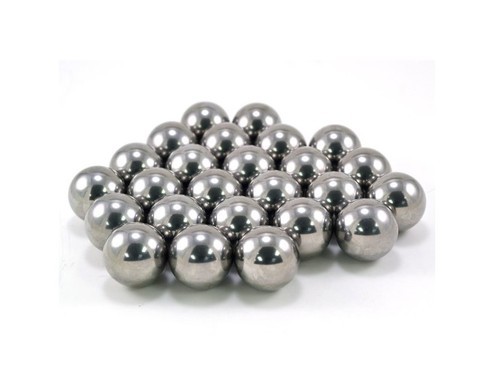 Oil molecules are like little ball bearings that let metal to metal parts glide on them between a certain clearance. Thin oil has small ball bearing like molecules. Thicker oils have larger molecules. Picture a bag of marbles, where you have 100 individual marbles. Now instead of having all of the marbles the exact same size, imagine about 80% of the marbles being 1" in diameter and 10% being 3/4" in size, while the remaining 10% being 1 1/8" in diameter. Now lay out all of the marbles on a flat surface and lay a piece of plywood over the top of it. What is the board going to be riding on? The small percentage of the largest 1 1/8" marbles that are scattered out under the board. This doesn't provide an even load for the plywood to ride on. The load bearing area is sparse and is only on those large 1 1/8" marbles. Well, that won't make the board very stable and it won't be riding on the majority of the 1" marbles like it is supposed to be doing until the biggest marbles have been made smaller in size so they can ALL carry the load smoothly and glide the board across the surface of the ground.

This is very much like refined oil. Refined oil has a high percentage of the correct size molecules, BUT, there is also a percentage of carry-over sizes that are smaller or larger in size as well. They can't refine it perfectly. Your engine bearings are like that piece of plywood, not riding smoothly on ALL of the marbles, only on the largest ones which makes the load surfaces uneven and smaller.

Now imagine the same piece of plywood with the same 100 marbles, only this time, they are ALL exactly 1" in size, thus dispersing the load over the entire surface of the plywood and the floor. That would be the ideal situation. This is very much like synthetic oil molecules, where the molecules are not refined and sorted-out by size but rather are MADE synthetically to a very specific size which carries more of a load and disperses the load over a greater surface area. That is why synthetic oils work so much better than refined oils. The only problem I have ever found with synthetic oils is if you don't have an oil leak with regular oil, you probably will once you go to synthetic. That stuff just has a way of finding its way out of your engine.

So, what do we recommend as far as oil goes? I like using 15w-40 in most of the engines I build and 20W-50 in engines that are in hotter climates, such as places like Texas or Arizona. Be them synthetic or ash based, it really doesn't matter much. I rarely use paraffin based oils and rarely use anything thinner than what I listed.