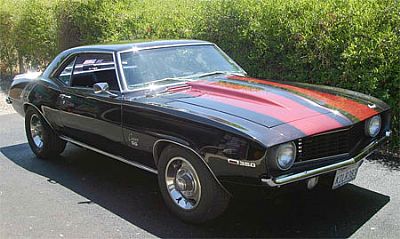 This '69 Camaro belongs to Brennan Degeorgis. It had a tired, old 350 and TH 350 tranny in it when it came-in, so we built a nice little roller 350 with forged pistons, Edelbrock Victor Jr. heads and port matched intake manifold, plus a few other goodies, and installed a race prepped B&M TH-400 transmission with a Holeshot 3,000 stall converter. We also converted the car over to power disc brakes while it was here. The first time Brennan took the car to Infenion Raceway, it ran an easy 12.80 and later that night, he took first place for his class that night! Not too shabby for his first time out in the car! There is an ear to ear grin on Brennan's face every time he gets in the car!

After installing a set of Mickey Thompson street legal drag tires to fix the traction problem, Brennan drove his car to Sacramento Raceway and ran consistant 12.50's that night! Brennan was up against approximately 120 other cars in the ET class and he won the entire event that evening and took home the grand prize. Not too shabby for his 2nd time out in the car!

A week after the Sacramento runs, Brennan drove his car out to Infenion Raceway and this time he ran a 12.30, and backed it up with a whopping 12.17!!! He is slightly more than 1 TENTH of a second away from breaking into the 11's! That's pretty damn killer for a daily driven Camaro in full street trim with not much more than a bone stock suspension and one of our nicely built "Bad Ass" 350's in it! Brennen said he gets a kick out of all the guy's out there that claim they have 450 & 500HP engines, yet run 13's and 14's, and how the excuses start to fly when they didn't run as fast as he did. The time slips tell the real story!

After doing a little tuning on it and Brennan getting better at launching off the line, this car ran 12.04 several times. It still hasn't quite broken into the 11's yet, but hey, it's only a little 350 on standard pump gas with a fairly stock suspension. Just remember, 12.0's is quicker than ANY off the showroom Z/06 Vette, GT-500 Shelby, Dodge Viper, etc, and this is a 50's designed engine and 60's designed suspension. 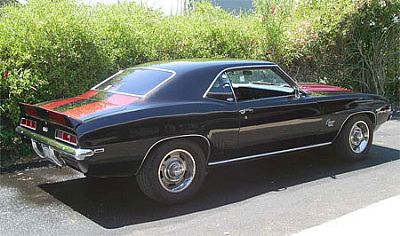 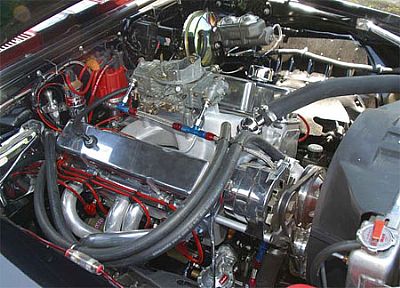 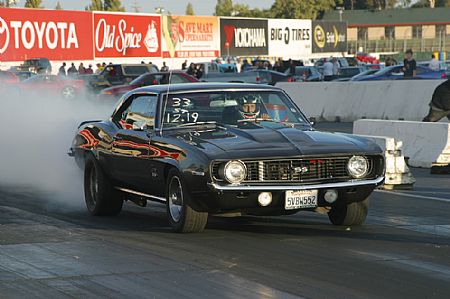 Here is Brennan at the track ready to peel off another low 12 second quarter mile pass. Almost 11's in full street trim! Keep in mind, Brennan drives this car EVERY DAY and commutes in it from Sonoma to Davis (about 40 miles one way)!  Fast cars are all about the right combo, not so much about "horsepower". Show me a GT500 Shelby or a BMW M5 that can run like this. They out power him by about 100 horsepower but they don't run low 12's like this.