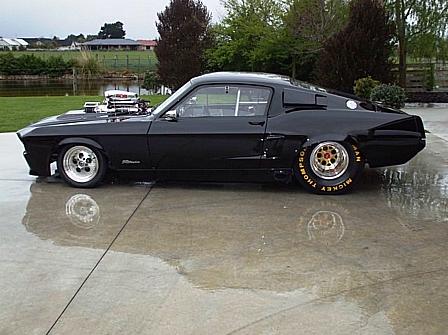 This fantastic work of art belongs to John Cooper over in New Zealand. John contacted us to build him a nice, reliable, injected big block, so we built him a hell of a nice engine.

The car was built from the ground up, in a garage by a hand full of obviously very skilled guys, all doing the work in-house and by themselves. Kudos to the guys for such a GREAT job!

Now, for you gear heads that noticed, this is a big block CHEVY! I know, I know.... you Ford purists out there are freaking out. You have to realize something; these days there really aren't many all Ford or all Chevy power plants or cars anymore. Not in the after market or race world anyway.

Buy pretty much any after market rotating assembly for a Ford and guess what it has? Chevy rod journal sizes, Chevy rods, Chevy bearings, .927" Chevy wrist pins, the same rings a Chevy uses, the same valves, springs, retainers, seats, and even rocker arms that Chevy's use in 99.9% of after market heads, and so on. The days of Ford & Chevy wars (to any REAL engine builders anyway) are pretty much long gone.

Some of you may disagree about what I just said, but if you like NASCAR and you think about it, what part of National Association of STOCK Car Auto Racing has anything to do with cars that are all custom built, and have absolutely NOTHING on them from the factory to consider them "stock cars"? Ever see a Chevy come off the assembly line with a Ford 9" rear-end in it? Ever see C3 Roush heads on a factory Mustang? Ever see Pontiac heads come on any Chevy's from the factory? Ever see a Jericho transmission in any factory car? Is that a Ford OR a Chevy transmission? Do you have a TKO 5 speed in your Mustang? Is that a Ford transmission? Other than the block and head design, pretty much everything else in any Ford NASCAR engine is the same as any Chevy uses. So if this kind of stuff is OK with everyone out there, then what's SO bad about having a killer big block Chevy powered Mustang?  You think the Mustang bodied top fueler's with Chrysler based Hemi's in them are any worse? It's all relevent.

So, after allowing me to clarify that for some of you, this beast of a car is VERY well done, in fact I'd have to go as far as saying this IS the nicest Mustang I have ever seen. The workmanship is absolutely 100 points! John said when he fired it up, it brought tears to his and his wifes eyes because it was so freakin' bad to the bone! This truly is one BAD ASS Mustang! Oh by the way... this IS a street car! 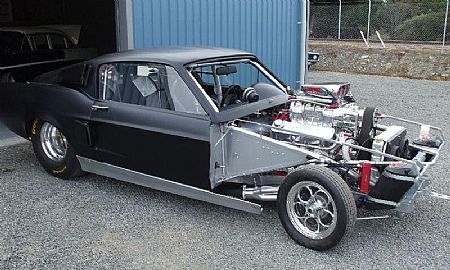 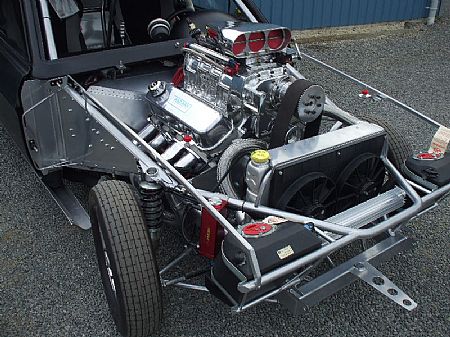 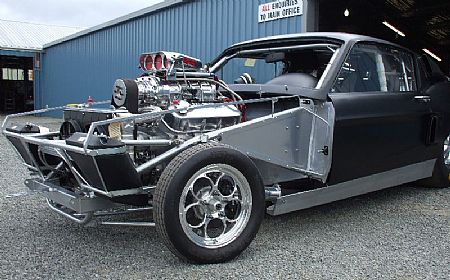 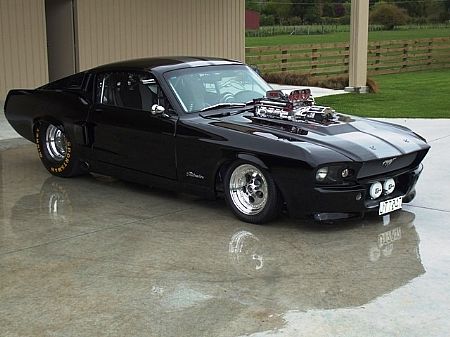 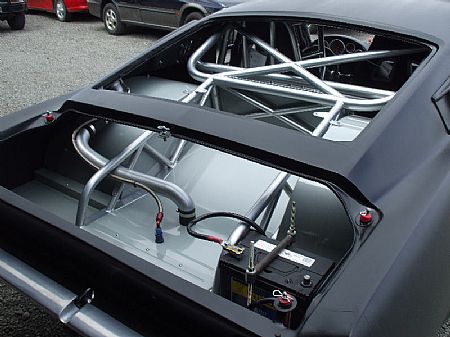 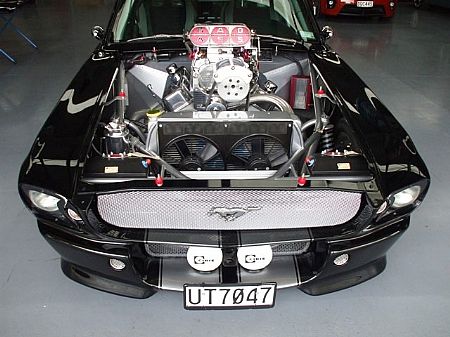 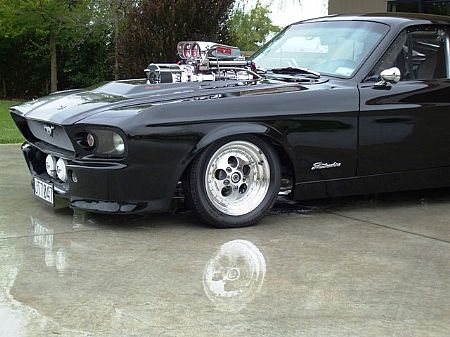 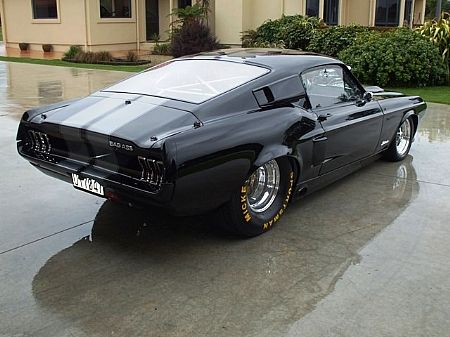 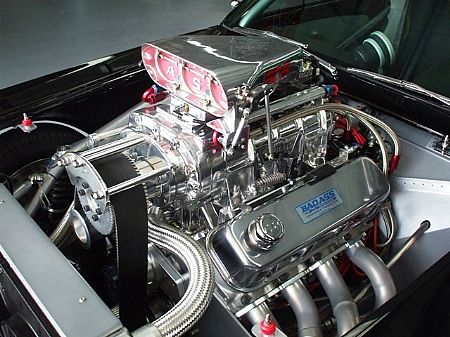 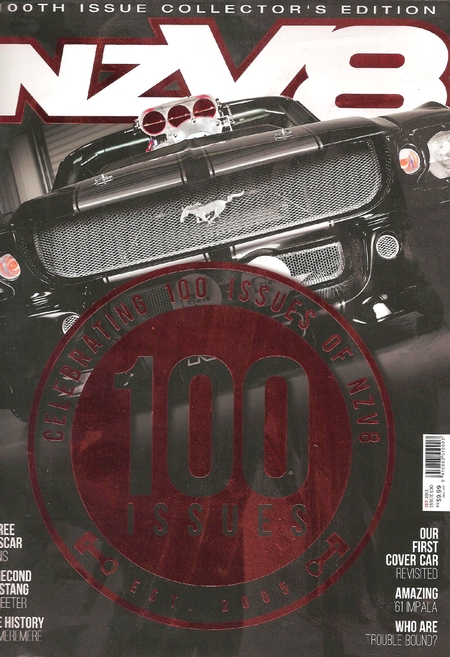 This Mustang is SO nice, it made the cover of New Zeland's most popular hot rod magazine called "NZV8". They did a 5 page spread on the car and dubbed it the best, baddest, quickest, and most powerful street car they have ever seen.