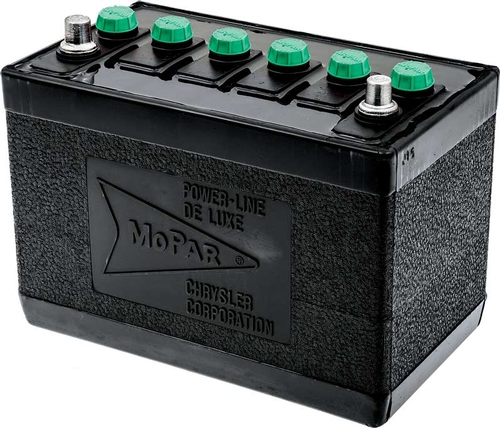 If you put a battery on the ground it will drain. FALSE!  I'm not sure what bozo came up with this doozy but nothing could be further from the truth. A battery doesn't conduct electricity through its plastic case, not to mention dirt and/or concrete don't conduct either. For years I've been around "hot rodders" that will say to put a battery on a piece of wood rather than just set it on the ground (for storage) to prevent it from draining.

When your battery is sitting on the METAL tray in your car, and GROUNDED through to chassis that the metal tray is bolted to, don't ya think that's the time it would drain if it were capable of passing electricity through its casing?

When I was a kid I worked at a couple of auto parts stores. One day one of the owners came-in and told me to get the batteries off the floor and put them on a piece of wood so they didn't go dead. As I laughed, I made a bet with the guy that not 1 volt would be gone in a month's time in ANY of those batteries, so we shook on it. Each day we would check the voltage and amperage with a small battery tester, and out of the 5 or 6 batteries that were on the ground, NONE of them lost a single volt. I won the $5 bet, LOL.

Growing-up, my father owned several "battery shops". Many of you are too young to know that back in the "olden days" (LOL) there were battery shops that sold new and refurbished car batteries. What is a refurbished car battery? I used to help my father do this very thing. We would go out and collect old, dead batteries from repair shops and junk yards and then bring them back to the shop by the truck load. That's where he would remove the caps (they were screw-on caps back then), and then he would take a torch to the top of the battery to melt-off the tar that sealed the plastic sides to the top. Once the tar melted off, he would blow-out the 6 small blue flames from the burning battery acid and then lift out the lead plates (6 sets of them on a 12 volt battery) and toss them into the lead recycle bin.

I know, I know... you think a battery would explode if you took a torch to it, and they can in some cases IF the caps are on. Without the caps-on, no pressure can build-up inside to make the explosion. Kind of like pouring a teaspoon of gasoline on the ground and lighting it with a match. It'll light but it won't explode because it isn't encased to build up any pressure. Yes, a battery "can" explode with force if it is sealed up. Some batteries, especially if they were just charging-up, can explode with enough force to kill you if you are close enough. One of my dad's employees died of a battery explosion back in the late 50's from a car that was overcharging it's battery and got lit by a spark when he attached a test wire to it.

When a battery charges it produces hydrogen sulfide gas. It's flammable. If you get a spark near one of the vent caps and it ignites the hydrogen sulfide gas, it can go inside the battery and act like a bomb. It can be a pretty powerful and toxic blast sometimes. This is why you always remove the caps whenever working on, or around a battery. It doesn't allow the battery to "explode" if a spark occurs. It CAN catch on fire, but just like a carburetor fire when your engine spits through the carb, you can just blow it out or smother it with a rag. It's no big deal.

So back to the refurbishment: Once he was done removing the lead plates, he would drain the old battery acid into a drum, which would later be hauled away by another company to recycle the acid. Now he would wash-out the plastic casing and drop-in a new set of lead plates with new posts. Then he would take the torch and melt new tar around the case top to seal it all up. Then he would shoot some industrial black paint on it and put one of his shop's decals on it so it looked brand new. Then he would fill it with new electrolyte acid, (which is just diluted sulfuric acid), and then give it a charge and sell it for about 25% less than what a new battery would cost. It was basically a brand new battery. Only the plastic outer case was re-used, and it would save people some money compared to buying a new one (which he also sold).

I watched (and helped) him do this for years all around the Bay Area back in the 60's and 70's. What put him out of business was the "J.C.Penney Lifetime Battery". Back in the mid to late 70's J.C.Penney's introduced a new battery that was advertised on every channel of TV about 100 times a day. They had everyone believing there was such thing as a lifetime battery. There wasn't, and still isn't, but they sold millions of them just long enough to put battery shops like my dad's out of business. A few years later people that bought them started figuring out that their batteries were indeed going dead like any other battery did that they had previously owned.