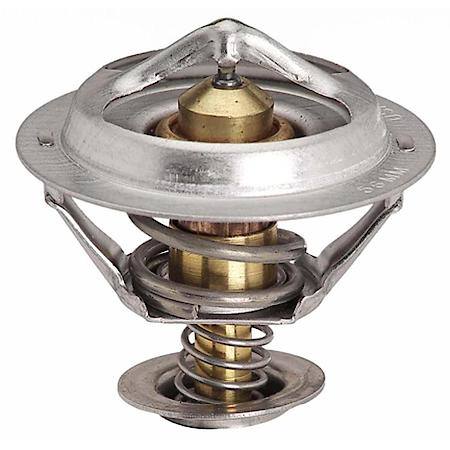 An engine will run hotter if you remove the thermostat. WRONG! This has got to be one of the most common wives tales out there, and one of the dumbest. Out of thousands of engines I've built and worked on over the 30 years I've did this stuff, I have NEVER seen an engine run hotter when the thermostat was removed.

Light a candle and run your finger through the flame in a fast motion. Feel any heat? No. Now slow your finger down and you'll sure as hell feel some heat. Water has to sit near heat before that heat can transfer into it and warm it up. Like boiling a pot of water. It takes time for it to happen even though it is sitting over a direct flame. It also takes time for engine heat the water.

If too much flow was a bad thing then I guess someone should call all of the manufacturers that make HIGH FLOW water pumps, high flow thermostats and high flow radiators and tell them they're doing everything wrong. Even pulley manufacturers make smaller water pump pulleys to speed-up the water pump to increase flow. Isn't that an odd direction to go if too much flow makes an engine run warmer?

All a thermostat does is allow the engine to heat up quickly so A) it runs efficient quicker, and B) so your heater will work sooner. All it does is prevent the water from flowing when the engine is cold so it warms up quicker. Once it's open, if your engine wants to run at a hotter temperature than what the T-stat is rated at, it will run at whatever temp it wants. 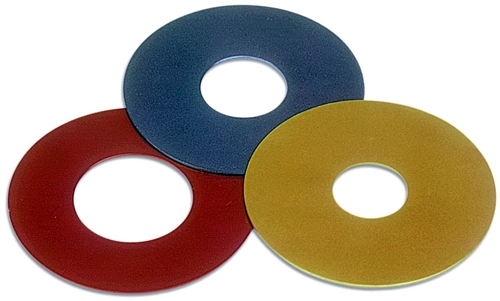 A T-stat simply won't allow an engine to run colder than the rated closing temperature. Some race cars run restrictors, which look like big washers with varying sized holes in the middle to regulate water flow. These replace the T-stat and are needed to maintain a given water temperature under given circumstances. Race cars aren't engineered like factory cars are. Factory cars don't run at 6,000 - 9,000 RPM all day long, so obviously you can't compare apples to bananas and think you'll get the same results with your mild street engine running between idle - 4,000 RPM all day.

If your engine overheats on occasion, OR all of the sudden it just started heating-up, this could indicate a sticky or stuck thermostat. The fastest way to check for this problem is to start the engine and let it warm-up and observe the temperature of the upper hose with your hand. WATCH OUT FOR THE FAN!!! Keep your fingers away from the fan or you might end up with a couple of less fingers! If the engine gets warm BUT the upper hose stays much cooler than the engine, it is telling you that no water is passing through that hose, which means the T-stat is not opening. If the engine is hot, then the water in that hose should also be hot. If it ain’t, it’s because the T-stat is closed and it isn’t allowing any hot water to get out of the engine and into the radiator.

The second easiest test is to simply remove the thermostat and test drive the car. It will most likely run cooler, and if it does, then it's telling you it was the T-stat stuck shut. Tossing it into a pan of boiling water to "see" whether it opens or not is not always an iron clad test because during the removal process, you "might" have jarred the T stat loose and unstuck it.

Now; as I've already said above but I'll say it again because some guys just don't get it, if you want to "believe" an engine will run warmer when the T-stat is removed because you think water flows through the radiator too fast and won't have time to cool, then go right ahead, and have fun chasing your tail. Think about it for a moment: what happens when you remove the T-stat? You increase the water flow. If water is flowing too fast through the radiator to get rid of the heat, remember that the cooling system a closed loop system which means the water is also passing by the heat source inside the block too fast to pick-up the heat.

Again; if increasing water flow through the cooling system is SO bad and causes an engine to run hotter, then please go ahead and enlighten Edelbrock, Stewart, Weiand, Ron Davis, Be Cool, Griffin and ALL of the companies that make HIGH FLOW water pumps, HIGH FLOW radiators and HIGH FLOW thermostats to cool engines down MORE than standard flow pumps, radiators and T-stats do, because obviously they don't know what they are doing then.

If decreasing the flow & speed through the radiator was the key to cooling an engine, then don't ya think that maybe all of those SUCCESSFUL companies that make those after market "high flow" items to COOL your engine would instead be making LOW flow items? But they don't. They make HIGH FLOW stuff that INCREASE the water flow, speed, & volume. Well, by removing the T-stat, you are removing a restriction in the system which will now make the water flow faster and with more volume.

Just remember; ALL a T-stat does is keep the water from flowing when it's closed so the engine will warm-up faster so your heater will work quicker, and so the engine will warm-up and run more efficiently. Once that T-stat is open, if your engine wants to run warmer, it will continue to rise until the engine reaches it's normal running temperature. All it means is the engine can not drop below what the T-stat is calibrated at, so if it is a 160 degree T-stat and your engine wants to run at 200, then it's going to run at 200 degrees no matter what. All the 160 degree rating means is that the T-stat won't open to let water start flowing until it reaches 160 degrees. Remove the T-stat and you remove a restriction, which WILL cause the engine to run cooler because you just INCREASED the flow... just like what high flow water pumps, radiators and T-stats will do when they "increase" the flow.