My car runs good when it's cold but stalls once it warms up? What gives? 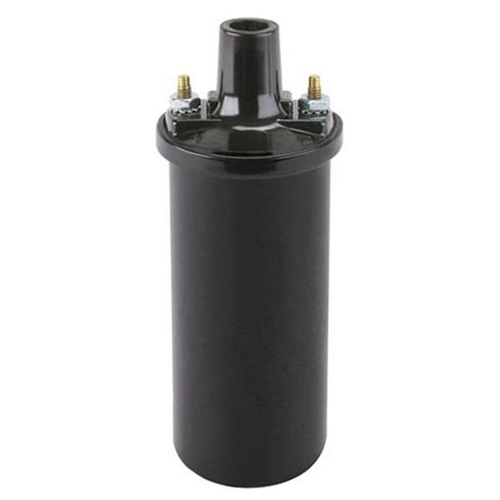 Well, there is an ignition problem that can cause this when the engine gets hot and it stalls. It's caused by a lack of spark which can be either the ECU's fault (on EFI cars), or the coil on pretty much any car.

Heat causes expansion. The ECU or the coil gets hot and expands. This expansion can separate a fine / broken circuit inside causing it to not be able to conduct the electric signal that tells the coil to spark, or it could be inside the coil and it simply can't deliver any spark even if the ECU is telling it to. In this situation, you can usually re-start the engine once it has had a chance to cool back down and it'll run just fine until it warms-up again and stalls. This is a tell-tale sign that there is a hair line fracture in the ECU's circuit or in one of the coil's windings that separates and loses connection when it gets hot and expands.

Another thing that can cause this is the carb. It may be getting too much fuel once it’s warmed up. An engine needs more fuel when it’s cold than it does when it’s warm. Cold engines run inefficiently so they need more raw fuel to fire-up, and stay running. This is all a choke does. A choke plate closes-off the air going into the carb which makes the fuel mixture really rich so it can run. Less air = more fuel. You’ll also notice that cars with chokes also idle real high until they warm-up. This fast idle and the over rich mixture (due to lack of air), allows the engine to fire up and stay running. As the engine warms-up and starts burning fuel more efficiently, the choke plate begins to open, which slowly lets more air in and leans-out the air/fuel mixture. Once the engine is warmed-up, the choke plate will be wide open allowing the carb to run as it is supposed to with the correct metering of fuel and air.

For engines that are NOT equipped with a choke, this is why you need to pump the throttle a couple of times (to pump a bit of raw fuel down the throat of the carb) and why once you start the engine you need to use your foot to keep the engine RPM up and “feather the throttle” to keep it running as it warms up. It won't want to idle until it warms up. Every time you push on that gas pedal, the accelerator pump in the carb squirts fuel down the throat, so “feathering the throttle” keeps delivering more fuel than the idle circuit and main jets can deliver which keeps it running when it's cold. This is why once the engine is warmed up, it begins to idle and you no longer need to feather the throttle. It begins to run efficiently and the metered amount of fuel coming from the idle circuit is enough to sustain an idle.

Stalling when it's cold can also be caused by a fuel leak problem inside the carb. That extra fuel is able to be burned when it’s cold (although not very well) but it is simply too much for it once it’s warmed up, so it stalls. This could be caused by several things;

1) Dirt in one of the needle and seats. This is a common problem with any carb. A tiny speck of dirt in a needle and seat will cause the fuel level in the float bowls to be too high. Once that bowl over fills, it allows fuel to go places it isn’t supposed to go. In fact, if too much fuel keeps going into the bowl, it’ll fill-up and puke fuel right up and out the vent tube which dumps it down the middle of the carb and into the engine. There are 2 vent tubes sticking straight up the top of the carburetor. They are about the size of a straw. If fuel gurgles out that vent tube, it’ll run down the inside of the carb and will flood it out causing the engine to sputter and stall.

2) It could be a bad metering block gasket that is leaking fuel into places it isn’t supposed to go. This is common for cars that have been sitting for a while. Gaskets tend to harden and shrink, which prevents them from sealing like they are supposed to.

3) It could just be a simple adjustment of the air/fuel mixture screws. If they are “out” too far, it’ll allow too much idle mixture to go into the engine. As I said before, the engine needs more fuel when it’s cold so if those mixture screws are out (turned counter clockwise) too far, they will allow too much idle mixture (fuel basically) to go into the carb while it’s idling. When an engine is cold, it doesn’t notice this over rich mixture, but when it warms up, it won’t want to idle because it it too rich.

4) It could be a small piece of dirt in the idle circuit, which can be fixed by removing the idle mixture screws and blowing compressed air though the hole in hopes of blowing that tiny piece of dirt out (or scale, rust, or whatever it may be). Then simply re-install those screws and follow the steps of re-adjusting them in one of our other Tech Tips on how to adjust the mixture screws on a carb, or you can go to the Edelbrock web site and look-up the video clips they have (that we did for them) on carb adjusting so you can see how it’s done. Here is a link to that page.

The trick is finding out where it’s coming from & why… then fixing it. These steps should point you in the right direction.