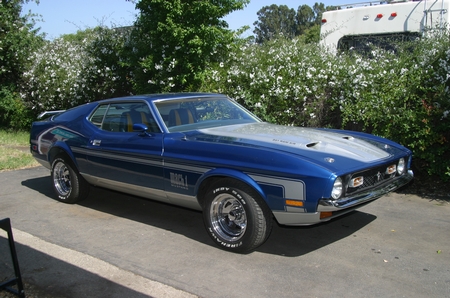 This clean '71 is a rare horse because it is a true "Ram Air" 351C-4V - 4 speed car that belongs to Bob Palmer in Santa Rosa. These engines were 4 bolt main versions of the standard 351C-4V's with a Ram-Air hood & air cleaner assembly. Many people called these the BOSS 351, and rightfully so because these engines were fashioned after it's little brother, the BOSS 302 from 1969 & 1970.

Bob brought this tired beast in for a complete rebuild, so out came the engine where it got a full rebuild with some upgrades internally like better bearings & pistons, ARP bolts, a roller valve train, and a few other goodies to "wake it up" a little more, plus it got some performance tuning tricks like re-curving the distributor, etc. to get this pony out of the hole and down the road quicker. This is what Bob had to say after his drive home; "What a ride home!!!! It delivers just as promised. I cannot begin to tell you how happy I am!" 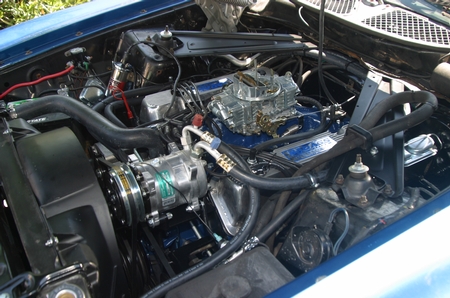 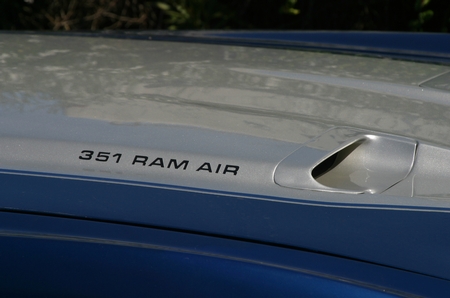