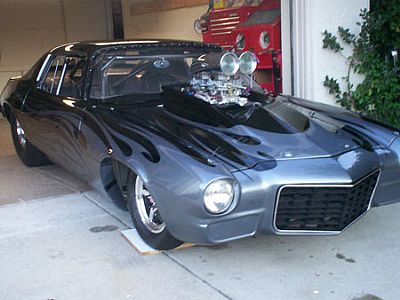 This full tube chassis '74 Camaro race car came in to be converted into a nasty Pro Streeter. We built a wild little blown small block for it with a healthy shot of nitrous on top for some added fun! It's backed by a Hughe's TH400 with a 4,000 RPM stall converter. We also redesigned the steering assembly and re-did the brake system, plus removed the 5.36 gears and installed a more street friendly set of 4.11's among a long list of other things. Frpm here it went back to the body shop for the final finish work, paint and so on. 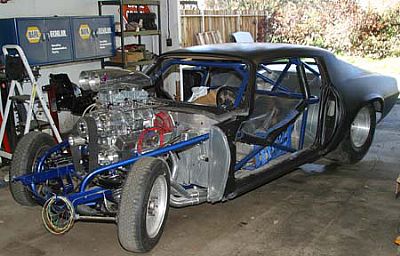 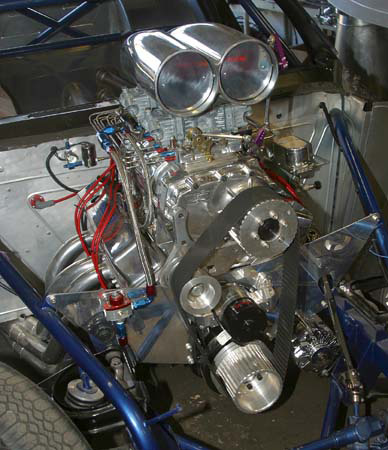 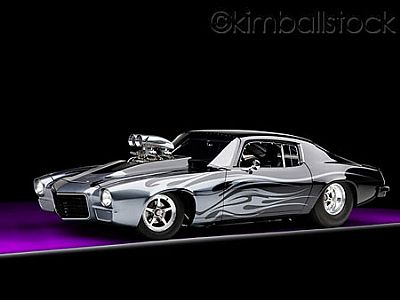 Here are some pictures Jerry sent of his car after it was done. Nice paint and graphics!

Here's what Jerry had to say:

I wanted to drop you a line just to say hello and to thank you again for building me such a phenomenal engine. She really kicks ass!!! We don’t have the chassis completely tuned yet, but we did run her a few weeks back and her best run was a 9:13 @ 147 mph. Remember, that’s without the squeeze too! I also had her at the GoodGuy’s Rod and Custom show and it won the “Bad to the Bone” award, and because of that exposure it’s going to be in several calendars and quite possibly make it into a hard cover book on Camaro’s. Thanks again for building me such a “BAD ASS” engine. It scares the shit out of everybody who hears it! 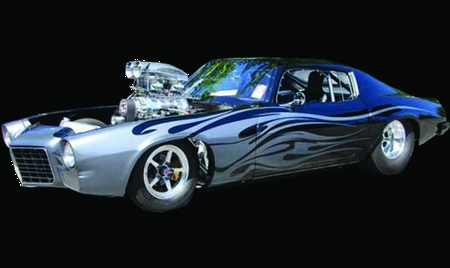 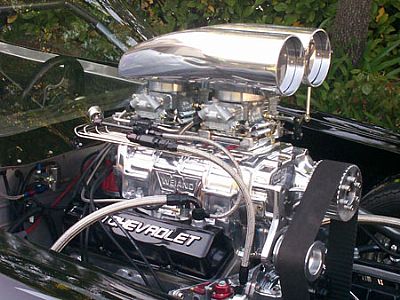 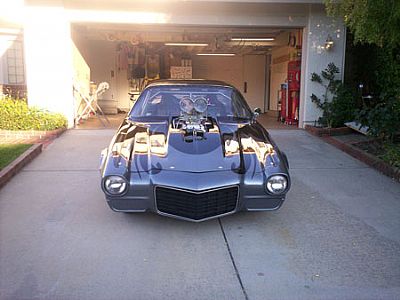 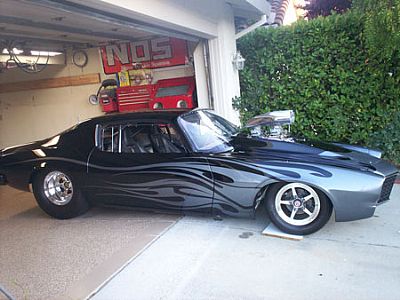 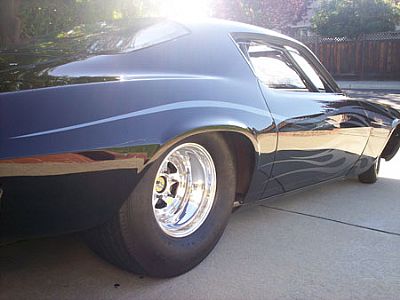 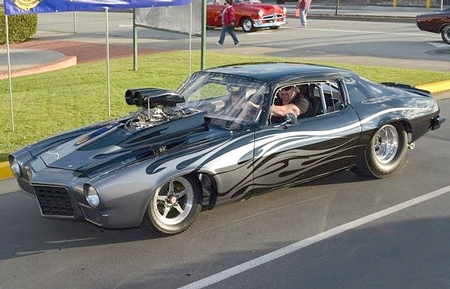 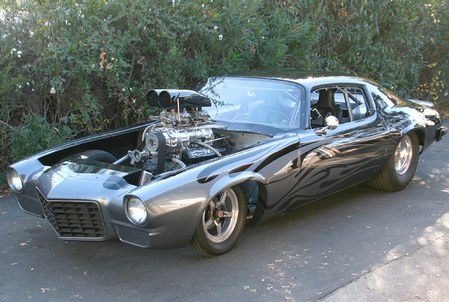 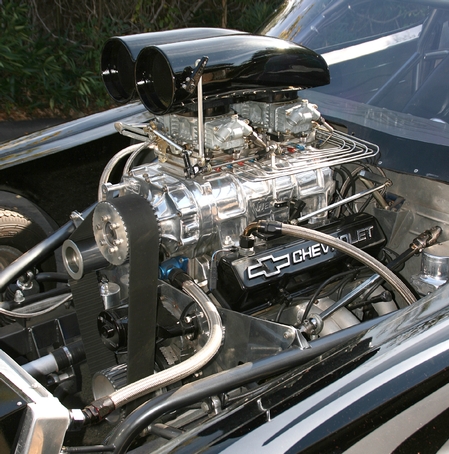