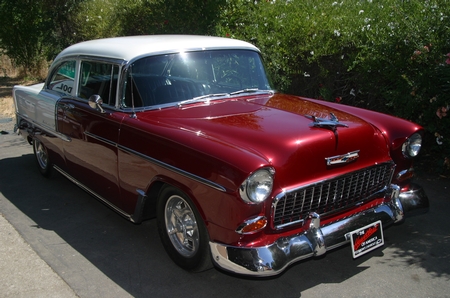 This great little '55 Chevy belongs to Alan Stovall. It was his high school car from years gone-by that has been sitting for the past 6 years, so it needed some fairly serious attention to get it running again. It has a late 80's 305 TPI engine in it that just wouldn't run anymore. Most of the injectors weren't firing and it had all kinds of rust in the gas tank and in the fuel rails, plus the fuel pump was locked-up solid, so we installed a new set of injectors, put a new fuel tank & sender in it, installed a new fuel pump & filter, plus worked on his steering column and shift linkage to make it work smoother and better, and we did a bunch of little things that needed attention. Now it runs like a champ. Alan is out enjoying his nice ride now. It may not have the biggest or most powerful engine on the planet, but it IS a VERY clean car and a great little cruiser that runs like a top. 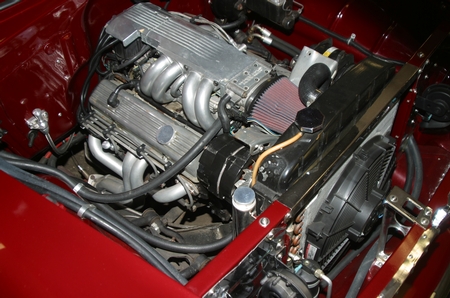