This incredibly beautiful, custom 33 Ford belongs to Lee Novikoff out of San Antonio Texas. Lee contacted us for an engine / tranny combo for this 100 points show car, and he wanted something a little different than what most people would have run.  A generic crate motor just wasn't worthy for a car of this caliber so we built him a monster 545 cubic inch big block Ford for it with polished Webers.

The engine consists of a 460 block, fully machined and completely deburred on the outside so it is smooth as a baby's ass, then it was painted with black Imron paint. It has a steel crank, 6.700" 4340 H beam rods and super lite JE pistons, all held in place with a billet main support. The heads are Edelbrock's massive Victor series that were massaged for even more flow than they already provide out of the box. Now they have runners big enough to drop tennis balls down! Of course the intake manifold was ported to match the massive head runners, so all 4 polished 48 IDA Webers free flow when this big monster takes a gulp of fuel and air.

For an engine this size, the cam selection was quite "small" simply because of the Weber carbs. They don't like big cams when they are street driven. The torque this beast made on the dyno was absolutely brutal, to the tune of more than what a new Dodge Diesel truck makes! It's actually hard NOT to break the tires loose!

The tranny is a custom built, all billet C-4 that was also completely deburred and smoothed out, then painted in black Imron to match the engine.

Yes, a C-4 is a small tranny for an engine of this caliber, but it's the only one small enough to fit in the micro sized trans tunnel this car has. Not to worry, this tranny is rated to handle 1,500 HP, and with a car this light, it'll never be able to put enough load through the drive train to do any damage because the tires break loose so easily.

Needles to say, this is one of the hottest little 33's on the planet! Kudo's to Lee for having such an awesome vision with this car! 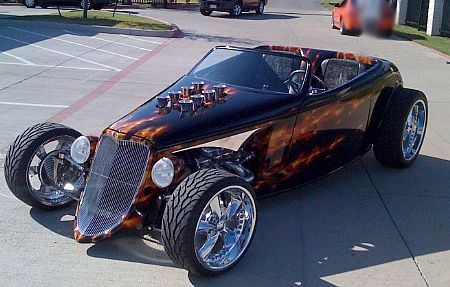 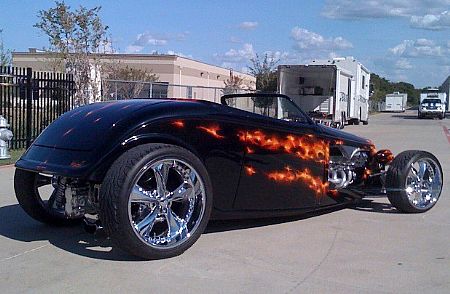 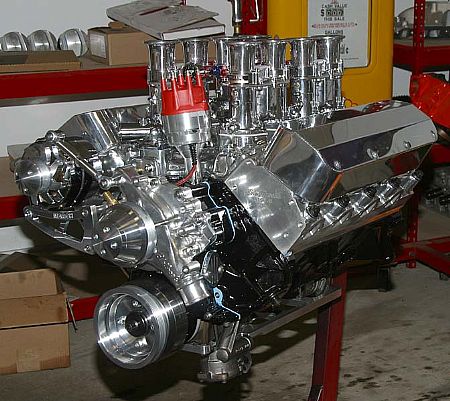 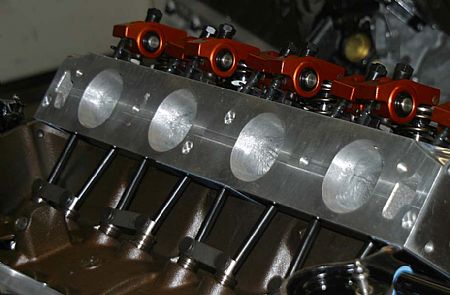 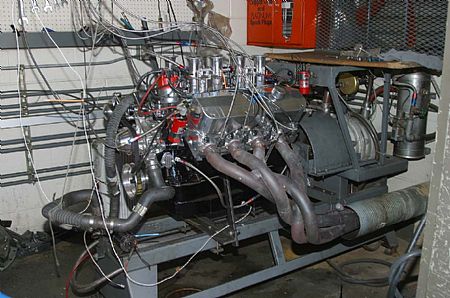