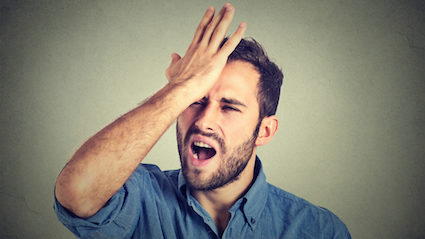 The first article I put together on why to NOT go to forums for information got too long, but there were still a few epic comments and "expert" advice from a few of them that I just HAD to share and comment on, so here they are. And again, if "colorful" language offends you, then click your "back" button.

Post by some moron; "Be careful when anyone advises dyno-testing a new engine. It is good to dyno tune a new engine, and it is good to run a new engine on a dyno at moderate and varied rpm... but it is NOT good to test the max horsepower. All engines need to be bedded in (run in)as all moving parts need to be bedded in to make good contact (blue printing). This is best done over at least 1,000 miles of steady running for all the moving parts, even brakes etc. We can be victims when it comes to sharp practice or ignorance on engines."

Oh really? So I guess when race engines are built, such as NASCAR, endurance racers, Baja 500 and 1000 engines, drag race cars and boats, mud boggers, etc, they get 1,000 miles or so put on them before they take them out and beat on them? LMAO!  When we build drag race engines or circle track engines, do you think we run them down the highway for 1,000 miles before we lay into them? SMH! Do you not understand that EVERY brand new car, bike, truck, etc is put on a chassis dyno before it leaves the assembly line to make sure everything works and that it runs up in RPM in EVERY SINGLE GEAR before you get it? Oh, and the WORST thing you can do to an engine is run it for long periods of time at a steady speed or RPM!! This doesn't even get into what that "expert" said about "blueprinting", LOL. That has NOTHING to do with blueprinting an engine, what so ever! Jesus, where do these idiots come from? Blueprinting is following a set of standards when building an engine so it is at the exact tolerances and spec of the so called "blueprints" you are following, not running an engine for 1,000 miles. My god dude, go find something else to do. You obviously know NOTHING about ANYTHING with engines. Your "expert" advice SUCKS! This is exactly why you do not go to forums to get "expert" advice".

This post is from the same IDIOT that posted his great "expert" opinion above. This one is REALLY good, LOL!!

"It is a subject with many,many opinions. As an engine designer and having built many I still believe that the main and conn-rod bearings I see still are not well "mated" and mating bearing surface areas increase dramatically with some "running in". Auto builders cannot advise anyone to run-in a car or they will not sell them. So it's everyone to their own plan, because we all have to pay for the consequences, not the engine seller or builder. Good luck."

Jesus. H. Christ, where do these IDIOTS come from???? This dufus claims he's an "engine designer"? LMAO! Oh god, I'm going to have to take a break because I'm laughing too hard! Here's some information for this dork; Hey moron! Bearings do NOT touch each other or "seat"! They ride on a thin layer of OIL forced under pressure, hence the CLEARANCE between the crank, rods and the bearings! If they "seated" or "mated" they would immediately scuff and go bad. Mating is the LAST thing you want bearings to do! In fact, please tell me this idiot isn't "mating" with any females! Idiots like him are what's adding to the low information gene pool, and that pool could certainly use a good dose of Chlorine these days! The ONLY things in an engine that need to "seat" or "mate" are cam lobes on FLAT TAPPET cams (NOT roller cams) and the rings, PERIOD! Once an engine has been ran and brought up to normal running temperature, it is ready to go out and have some loads put on it to help seat the rings. On race engines, we build them and take them right to the track. After the 3rd or 4th run, it runs better because the rings have seated by then. We don't take a new race motor and only run it below 4,000 RPM for a while, and then up to 5,000, and later-on to 6,000, LOL! We take if off the trailer, hit the burn-out box, stage, and let 'er rip down the track at full load and RPM!. Obviously if the engine has a flat tappet cam, you need to run it for 15 - 20 minutes at 1,500 - 2,000 or so RPM to make sure oil is getting to the lobes while they are "acquainting" themselves with the lifters. Once that's done, you're ready to let 'er rip! The WORST thing you can do is baby it! Babying it causes the rings and cylinder walls to "polish" rather than seat. We call this "glazing teh cylinders", and once the cylinders are glazed, it is REALLY hard to un-glaze them, so you NEED to run it hard, build up some heat and put it under a load to get those rings to work themselves in, and seat. As I said though, roller cams do NOT need breaking-in so you can skip the 15-20 minute "cam break-in" period.

And the bit he said about auto builders cannot advise anyone to run-in their cars or they won't sell them? Really dude? What in the HELL have you been smoking? Jesus, please tell me you aren't breeding with anyone! You should be the poster boy for birth control!