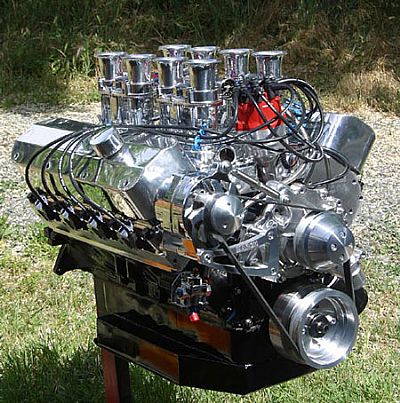 This 545 cubic inch big block Ford stroker went into a little 33 Ford Highboy roadster in Texas owned by a guy named Lee Novikoff. Lee wanted something that would make balls out torque rather than concentrating on “horsepower” (a smart move by the way!), so I designed this monster for him. It has all of the usual internals such as a steel crank, 6.700” H beam rods, JE pistons, a custom roller cam designed for big time, low-end torque, a set of nicely ported Edelbrock SCJ heads, topped off with a set of polished 48 IDA Webers.

The entire block was smoothed out and painted with black car paint, as was the oil pan. Everything else was polished to a mirror finish.

On the dyno this beast made over 700 Ft. Lbs of torque! That is as much torque as one of the new Dodge Diesel trucks with a chip! Can you imagine that kind of raw axle twisting torque in a car that weighs about 1,900 Lbs? Sounds like a fun car to me!

Something like this isn't for someone on a budget. This baby ran in the $19,000 area by the time everything was all said and done. Figure, that manifold alone with all of the polishing and chrome was $6,000 all by itself. Do the math from there and it adds up REAL quick for a complete, dyno'd, turn key monster. Hey, if it was cheap, EVERYONE would have something like this in their car, and that just ain't the case. 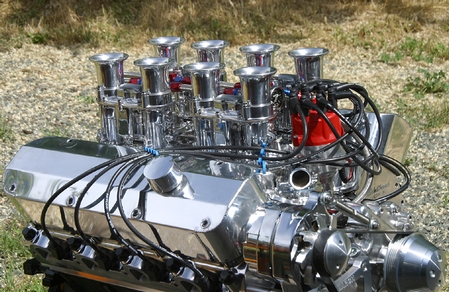 Beautiful Weber IDF's on top, all polished & chromed for a mean & unique look. 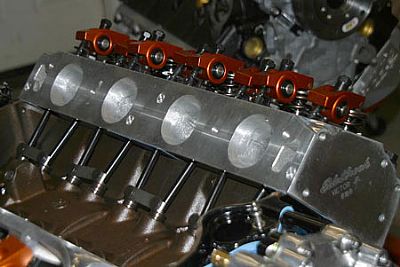 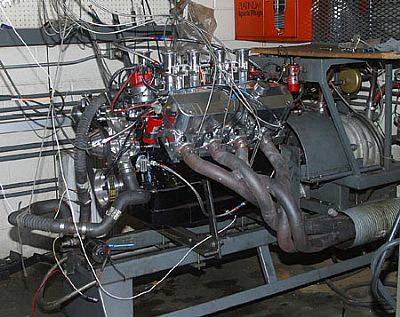 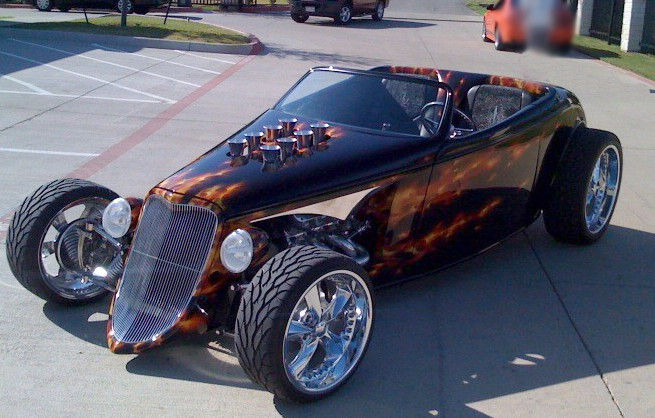 Here is the car this monster 545 cubic incher went into. It's an absolute show stopper! 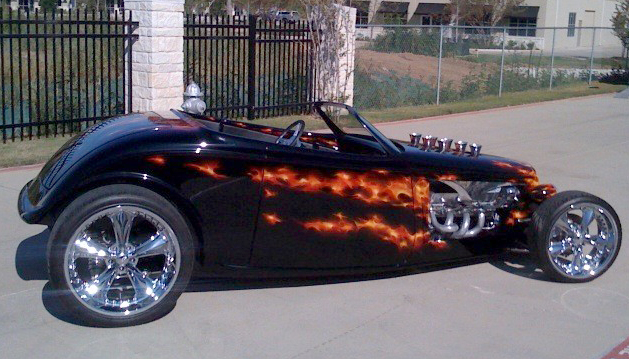