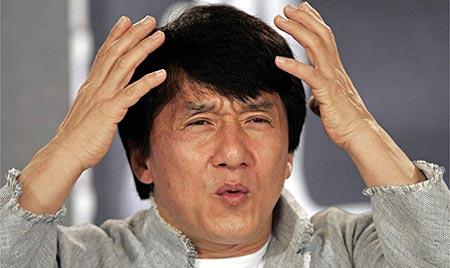 This is an actual e-mail I got from someone years back and the reality check reply I gave the guy as a that might interest some of you. There is SO much crap being spewed around out there by guys bragging they've got 400 HP and 500 HP engines that some poor people out there actually start believing all of it. If 400 and 500 HP cars were that common, (talking early Ford, GM and Chrysler cars here), everybody would be driving around in 11 and 12 second "street trim" cars, and how many of those do you really see everyday with the types of cars I'm talking about? (barring new, modern overhead cammed or supercharged / turbo cars) Probably none, but you sure do hear the excuses why these guy's CAN'T run those times. I hope this "tech tip" sheds some light on this for the rest of you that hear people say they have these 400, 450, 500 and so on, engines in their early 60s, 70s, 80s and 90s etc cars, like it's just so easy to get.

You're "just" looking for a 400 RWHP?? That would require (at minimum) 460 HP at the flywheel (with an ideal suspension and drive train), and probably more like 475 HP taking into consideration the soft '95 T-Bird drive train technology. I mean, it's probably not "back halved" with a 4 link suspension, or with ladder bars, so if not, that (among other things) would increase the drive train loss, to probably 70 - 75HP rather than 60 HP, which comes-out to requiring 1.57 HP per cubic inch.

Just so you know what you're up against, that is equivalent to a 549 HP 350 Chevy. A basic 12.5:1 compression, high flowing aluminum headed, full roller 350 "can" make an average of 540 - 550 HP on race gas, (and certainly more for more radical engines), so what you want, (and probably on pump gas, and in a streetable / drivable form), is pretty much impossible UNLESS you run a supercharger or nitrous or something to aid the power making capability of the engine, and even with that, you are looking at about 8 psi or so of boost to get you 475 HP in a very well set-up 302. The typical 4 - 6 psi street supercharger systems aren't going to do it, nor will cast iron heads or any type of stock style equipment.

Consider this; if getting "just" 1.57HP per cubic inch was easy, (that's a 302 with 474 HP), everybody would be driving around in 11 second cars, and if you've been to the track lately, there aren't many streetable cars running 11's in the quarter mile, if ANY at all unless they are blown, nitroused or have big strokers or something.

I can get you what you want, but if you want it naturally aspirated, you are looking at a VERY radical 302 engine, that is going to be VERY "quirky" on the street (not liking traffic, running hot, idling problems, power brakes not working, and so on). If you want a supercharged engine, I can get you that kind of power, (and then some), in a fairly mild set-up that would indeed be "streetable", but you are also looking at about $10,000 to $11,000 depending on what we go with overall to make it strong enough to withstand that kind of power "RELIABLY", and that is the KEY to this kind of stuff... "reliably".

You weren't expecting to do it with stock internal parts were you?? Strength, quality and reliability.... that's the ONLY way I build them, and strong, quality parts aren't cheap (isn't it that way with anything?). If you're looking for "cheap", you need to look elsewhere or go buy a crate motor because I won't build "cheap" stuff. Crate motors are "cheap" for a reason. Cheap junk WILL fail, and when it does, it not only pisses you off, it makes me look like bad, and I didn't get where I'm at by building junk engines that fail. I hope that shed some light on what you are up against to "just " have 400 RWHP.

Here's the deal folks, as you can tell, I'm not concerned about making a sale sometimes. I tell it like it is and I won't blow smoke up someone's ass or candy coat things to make a bogus sale. What is, is, and I won't lie or sell someone something that isn't what it's supposed to be. It's MY ass and reputation on the line and I value that and hold that highly. The bottom line here is this; sure... I can build a 460 - 475 HP 302 with no problem at all, but you can't expect an engine like that to be smog legal, have enough manifold vacuum to run power brakes, be able to utilize a stock torque converter, to be able to utilize factory rear-end gear ratios, to work with the factory EFI system and factory ECU, to work with belt driven accessories (air conditioning, etc.) and about a zillion other negative things, UNLESS it was supercharged or nitroused... and even then, some of the factors I mentioned above could still present some problems. In comparison (using a common 350 Chevy as an example) I can get upwards of 800 HP out of a 355 cubic inch Chevy, (that's 2.25 HP per cubic inch) ,so it isn't like I can't build anything beyond a 460 or 475 HP 302. BUT, an 800 HP 355 you are talking about a VERY radical, RACE ONLY engine with some SERIOUS 14 degree heads and internal components that most of you have never even heard of, of which NONE will work on the street with ANY torque converter under a 5,000 RPM stall, or ANY rear-end gears that aren't at least 4.56's (with an average tire diameter), and a completely set-up suspension in a light car that is designed specifically for racing purposes only. Just because an engine has big power, doesn't mean it will work on the street, or in a heavy car, or in a car with taller gears or a low stall speed torque converter, etc. If that were true, you would see Pro Stock style drag cars running 3.00 rear gears and have air conditioning, factory EFI systems, 1,200 RPM stall converters, power brakes and so on running around on the streets. It just doesn't happen, and it doesn't for a reason.

I hope that opened a few eyes and shed some light on some of this stuff. There's a LOT of BS floating around out there. Just be sure you are wearing your waders, LOL!