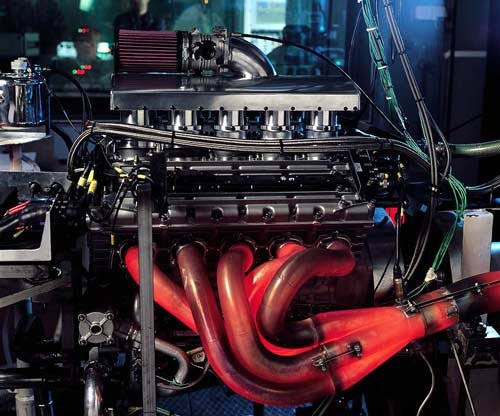 Under hard acceleration, this is totally normal, but at an idle or at part throttle it's not normal at all and is usually caused by two things; 1) Either you are running real lean (not enough fuel), or 2) Your timing is too late (retarded).

A lean cylinder makes a lot more heat and causes the headers to heat-up beyond their normal temperatures, thus causing them to glow, just like adding oxygen to an acetylene torch makes the flame go from a cool yellow flame to a really hot / blue flame that will effortlessly cut steel.

Late (retarded) timing will also cause header tubes to glow when idling or at part throttle because the fire in the cylinder is igniting too late and is still burning when the exhaust valve opens and the fire goes out into the headers, causing them to glow. Advancing the timing a few degrees will fix this issue, and/or re-curving your distributor to allow you to have more initial timing at an idle might also be a remedy.