When do I need an after market ignition system? 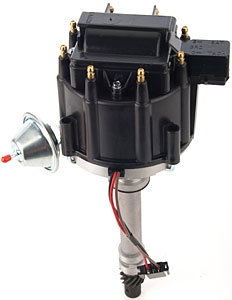 Probably never. All of the aftermarket ignition companies claim you'll get more horsepower by using their ignition systems. I hate to burst bubbles here but the fact is, numerous independent dyno studies, including my own, have shown no gain what so ever. This includes points type distributors as well. if it's lighting the cylinders, then it's lighting the cylinders. If it's producing too weak of a spark, then you'll have misfire issues and will be dropping cylinders. Unless you have that problem, you don't "need" an aftermarket ignition system.

Don't get me wrong. I like a lot of after market distributors and coils. They're better made because they're usually billet aluminum. They're more stable because they have things like ball bearings and better bushings inside to keep the inner workings more stable, and they're usually much easier to adjust and tune, such as re-curving the mechanical advance and such. I've purposely installed hundreds and hundreds of them over the years, and my own blown and nitroused street car used them as well, but it's usually for the looks and maybe for the ease of re-curving, but almost never because I thought it was going to produce more power. Don't forget that most of the best magnetos on race engines use points.

The object of the game is to ignite the cylinder. Once the cylinder is lit, it's lit. It either fires or it doesn't. You can't light it any more once it's been lit, and you can't re-light it once the spark has sparked. The ONLY time you need an elaborate ignition system is when running a seriously radical engine that has trouble igniting the cylinders because of very high compression and/or a very dense air/fuel mixture, or one that has problems dropping cylinders under WOT situations. Until then, it's really not necessary.

I can't even begin to tell you how many racers and street buffs I know who have small fortunes invested in their ignition systems when GM's stock HEI system would have done the same job... if not better, and a hell of a lot cheaper. 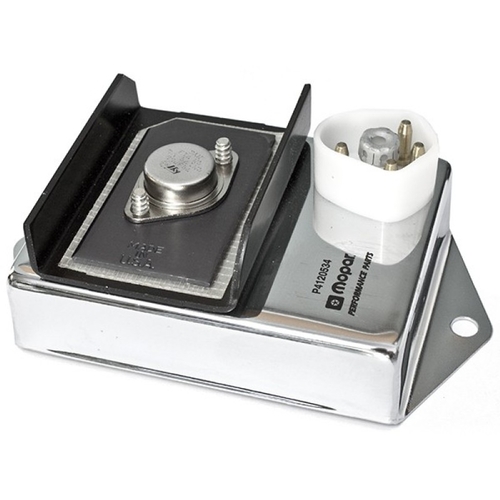 Ford probably had the worst stock (electronic) ignitions systems. Their factory modules stank. They had the least amount of dwell time and the most expensive price.

Chrysler had a great ignition module that saturated the heck out of the coil causing a big spark. A neat, inexpensive trick to do back in the day was to use a Chrysler module on your Ford engine. It really woke-up the spark. It's a cheap & easy swap because all a module needs is a signal from the magnetic pickup, and Ford, GM, Chrysler, and even the vast majority of the aftermarket distributors, all use magnetic pickups.

I can't tell you how many people say you can't run an HEI distributor an a high performance engine because they "sputter" after 6,000 RPM. Say that to our old Super Gasser that ran 9.90's all day long and went through the lights at almost 8,000 RPM without a glitch. After far too many glitches, sputters and high RPM oddities, I took the MSD 7AL2 box, billet distributor and funky coil that we had on it and tossed them into the trash because I got sick and tired of them causing all of the strange things they were causing and dropping cylinders when the car came-off the trans brake at 5,000 RPM. keep in mind, for those who don't believe an HEI can't handle high RPMs and more serious engines... it's the same type of magnetic pick-up that's inside the highest-end aftermarket distributors, and the 4 pin module inside is the very same one that some of the high dollar ignition brands used in their billet "race" distributors. I had all kinds of people come-up and say to me; "Hey, you can't run an HEI distributor in an engine like that at those RPM's.", as they just watched the car go down the track without a glitch. 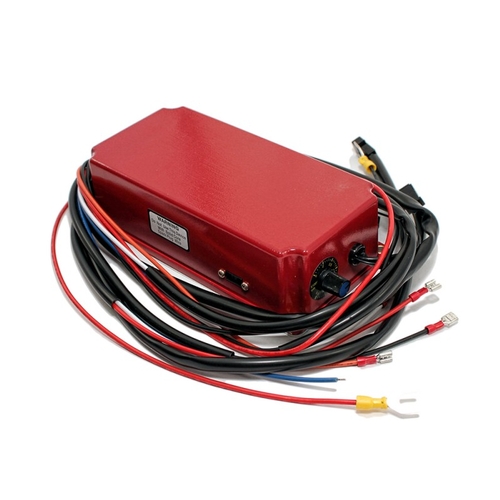 The biggest problem with aftermarket ignition systems, (other than they're really expensive), is that you can't check them yourself because most of them convert the 12 volt power source to an extremely high, "square wave" voltage that you cannot check with any standard volt / ohm meter, and when you have a glitch, or one needs fixing, you've got to send the whole thing back and wait 2 or 3 weeks for a reply from the manufacturer, which is almost always that there was nothing wrong with it and they blame your power supply wiring for "insufficient" or "dirty voltage" or some other lame excuse for why their box isn't working properly. I can't tell you how many times I've had a glitch in an expensive ignition box, so I removed it and installed a second one and the glitch went away, so I sent the defective box back to the manufacturer only to be told there was nothing wrong with it. So I get it back in the mail, re-install it and instantly have that same glitch again. Then I remove it and replace it with the one that worked and the glitch is gone again, which proves it is something with that one box that not even the manufacturer can find, or will admit to. 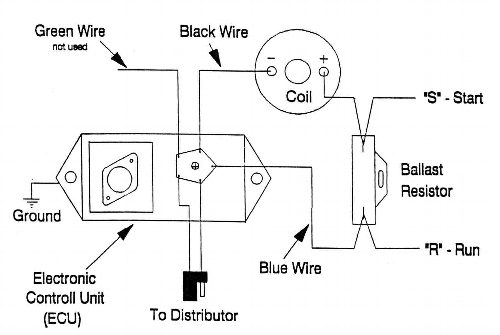 With something like an HEI distributor or running a Chrysler module, you can get any of the parts at any local auto parts store, and they're cheap, so if you want to just check something by replacing it, (the module, pick-up, etc.), you can without having to wait 2 or 3 weeks for shipping and wasting several hundred dollars. Here is a simple wiring diagram for using a Chrysler module if you want to try it. Click on the image to enlarge it. You can buy the plug for it at any local auto parts store.

I've built all kinds of street cars that ran 10s, 11s and 12s, and race cars that ran in the 9s using HEI distributors and stock Ford distributors using Chrysler modules, and when you hear one of those engines wound upwards of 7,000 - 8,000 RPM without a sputter, you'll be a believer. As the old saying goes... "simplicity is bliss".