What's the right way to break-in an engine? 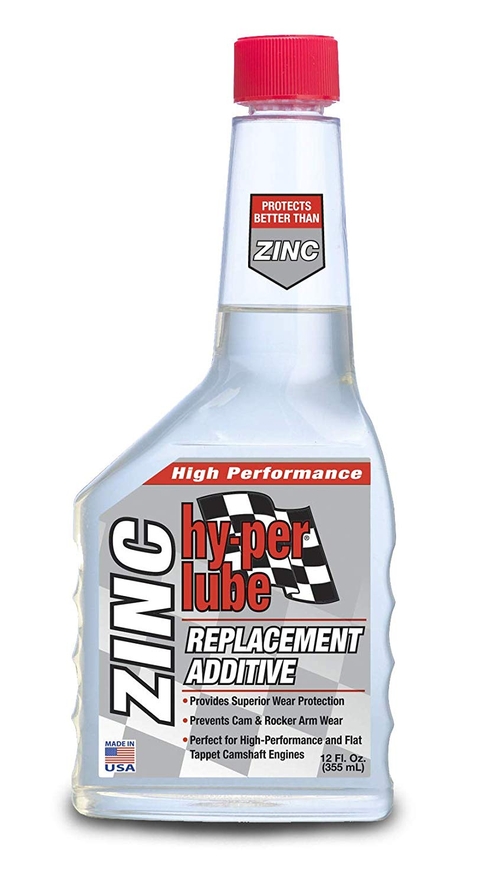 There are a few steps that must be taken when starting a brand new engine. On engines equipped with a flat tappet cam, BY FAR, the most critical and important thing is breaking-in the cam. Upon initial start-up, the engine MUST be run for 15 to 20 minutes at about 1,500 to 2,000 RPM. This "acquaints" the lifters to the cam and vise verse. If you are using a performance cam that requires double or triple valve springs, you MUST remove the inner springs and break-in the cam using only the outer springs or you will surely end-up with a flat cam! No question about it!

Secondly, our great EPA removed zinc from engine oil. Zinc acts like a cushion between the cam lobes and lifter bottoms, much like TetraEthyl lead created a cushion between the valves and the seats when we once had leaded gas, but when the EPA removed the lead from the gas, what happened? People began having valve seats go bad and they needed valve jobs with hardened seats installed to be compatible with unleaded gas. Well, zinc is very much the same way except it affects flat tappet cams, and without it in the oil, you are VERY likely to have a cam lobe or two go flat during the break-in process, and/or sometime shortly after, so MAKE SURE you either buy oil that has the zinc put back in it,  (many "race" oils have zinc in them), or buy a zinc additive to add to your oil, otherwise you'll be hating yourself later for not doing it. Roller cams do not need to be broken-in, nor do they need any zinc in the oil, but ALL flat tappet cams need both.

Do NOT break-in your cam or engine with non-detergent oil! This is old school and these days you can't even get good non-detergent engine oil. Use a good, high grade oil like Chevron Delo 400 15w-40, Valvoline 20w-50, Castrol 20w-40 or Kendall 20w-50. Non detergent oils do not have the API viscosity ratings to support or to protect performance engines, (or any engine for that matter), and this BS about "detergents don't allow the rings to break-in properly" is just that... BS! Have you ever bought a new car and had the dealer tell you to change the non-detergent break-in oil within the first 100 miles or so of driving? NO! They already come with regular oil in them.

On engines equipped with flat tappet cams, once the cam has been broken-in, you can re-install the inner valve springs (if you're running them) and do all of the usual things like set the timing, adjust the carb and idle, etc. It's always a good idea to have a garden hose handy when breaking-in flat tappet cams because there's usually a large air pocket in the cooling system and running an engine at 2,000 RPM for 20 minutes can cause it to heat up. Just spray the radiator down while the engine is running and it will help keep things cool.

The second part of breaking-in an engine isn't really that important. The old BS myth about needing to drive under 60 MPH or to keep the revs below 4,000 RPM for the first 500 miles is just that... a BS myth. What I usually recommend is that after the cam is broken-in, go drive up a hill a couple of times, slowing and accelerating as you go up. If there are no hills around your area, then get on an open road and do some accelerated pulls to "load" the engine and make it grunt. This builds-up heat and puts a variable load on the engine which helps seat the rings. Pussy-footin' a new engine around can often times cause the cylinders to glaze and the rings may never seat properly. Once you glaze the cylinders, you're screwed. Rings need heat and load to seat.

As far as revving the engine goes... Go for it! You don't think I build race engines and drive them for 500 or 1,000 miles before I rev them up or run them hard do you? Hell no! As soon as the cam is broken-in, it's at the red line, going down the track! If it's a roller engine, it can immediately see RPMs and be ran like it will always be run.

What you want to avoid on street engines besides pussy-footin' around is getting on the highway and going the same speed for extended periods of time. It doesn't matter if it's 40 MPH or 70 MPH, just don't hold it there. Instead, vary your speed, pass a few people and then slow down for a bit, and then speed back up, especially at lower RPMs where the engine is kind of lugging and "grunting" so it puts more load and heat on those rings to help seat them.

Contrary to what people think or "believe", RPM has NOTHING to do with engine break-in periods. Guys will say to let it run for 500 miles before you begin to use it at high RPMs to give the bearings time to seat or "mate". Uh, I have news for you... bearings don't "seat" or "mate". They run on "clearance" which allows them to ride on a thin layer of oil... not on each other! There is no such thing as "seating bearings", period! EVERY new car, truck, bike, etc, that comes off the assembly line these days has been at red line in all gears on a chassis dyno to make sure the rev limiter works, to make sure the governors work, to make sure passing gear works, and to make sure it doesn't have any hick-ups at RPM or lean condition issues, etc. So why would any manufacturer do that to their engines if it was harmful and then tell you to be easy on it?

Yes, some vehicles that came from the factory had stickers on them saying to not drive over certain speeds for X amount of miles, and then only to a given RPM or speed after a certain amount of miles. In all honesty, that's a bunch of horse shit. Yes, I am saying that the manufacturers who said that about their vehicles are idiots. Maybe there are other reasons, like ring and pinion gears needing to be broken-in, clutch packs in the transmission, chains on bikes that need to stretch and take a "set", tires need to break-in (especially on motorcycles), etc, but as far as the engine goes, RPM early-on has ZERO affect on the main and rod bearings, or on pretty much any other thing in the engine. You should drive it like you are going to be driving it the day you take it out of the garage, and from that day forward.

Be sure to change your oil and filter at about the first hundred miles because when a brand new engine is breaking-in, little tiny fine particles of metal are wearing-off inside and floating around in the oil. This is all part of the break-in process and is totally normal. Most of that metal comes from the hard rings seating against the cast iron cylinder walls. It will look like metallic paint if you look at your oil in the light. This is totally normal and is the whole reason why you want to change your oil and filter shortly after seating the rings and tuning it. You want to get all of that fine metallic matter OUT, and clean oil back in so it doesn't force all of those fine metal particles into, and embed it into your bearings under 50 - 100 psi of oil pressure. Once that's done, drive it like you stole it!