Why shouldn't I just go buy a factory "crate motor"? 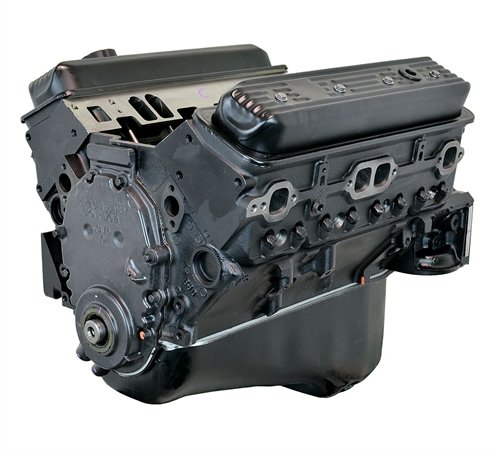 That's fine but remember this; the new small block Chevys are made in Mexico and are about 60 lbs. lighter than the older castings, which means there's 60 pounds of reinforcement missing as well. Many also come with things like plastic timing covers and Brazilian made pistons, etc. That kind of stuff won't hold-up to the kind of abuse that you might want to put your engine through.

If you're going for performance, then those 210 HP & 330 HP engines, and even the 355 and 385 HP crate motors just aren't designed to withstand the "playing hard" abuse that most guy's put their motors through. The factory crate motor is for the kind of guy that wants a basic, grocery getter engine, and if that's what he wants, then that's fine, but the strength and quality of those aren't even close to being on the same level as a high quality custom built engine by a true professional. Also, please note: adding chrome valve covers, an aluminum intake manifold, a Holley carb, a chrome air cleaner, a set of headers and an elaborate ignition system isn't all of the sudden going to turn that crate motor into a 500 HP "performance" engine. I can't tell you how many guys I see at car shows who brag about how adding that stuff on their generic crate motor magically increased the power of their engine by 200 horsepower. You're looking at maybe 30 - 35 or so additional horsepower and that's about it, and that's on a good day.