Why do people do this? 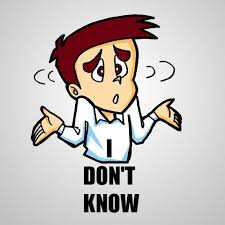 Why do some people rev their engine up and then shut the key off while it's still revved-up before they park? I see people doing this all of the time, especially with hot rods and such. Where this originated from was the old Ford Model T's. Those engines had to be hand cranked, but if you knew the trick, you could sometimes start the engine without having to get out and crank-'er up.

Old cars like that had the throttle and ignition timing on the steering column. If you revved up your engine and shut the ignition off while it was still spinning, you essentially flooded the cylinders with raw, unburned fuel (being that the spark is no longer lighting while the engine is still spinning). When you got back in your car you could turn-on the ignition and move the timing lever so that one of the cylinders would actually get spark and ignite. When that cylinder ignited, it would cause the engine to rotate and start running all by itself. Pretty cool huh?

For some reason some hot rodders find a need to do this same thing, except we don't have to get out and hand crank our engines anymore. Remember I just said that when you do this, it floods the cylinders with raw, unburned fuel? Yeah, what happens to oil when you pour gas on it? It dissolves it. I mean, if you dip a piece of metal in oil and then dip it in gasoline, the oil comes-off because gas is like a solvent.

So what is the ONLY thing protecting your cylinder walls from being scuffed by the pistons? The thin layer of oil on them. When you douse the inside of the engine with raw fuel, you wash-off that protective layer of oil and cause cylinder scuffing, plus you lose your ring seal. This is a common occurrence with engines that run too rich and get what's called "cylinder wash-down". This is caused by too much fuel in the cylinder that can't all get burned, so what is left over is a wet mixture of raw fuel that literally "washes" the oil right off the cylinder walls - which in turn causes the rings to lose their seal and results in a major drop in compression, plus the scuffing going-on from the piston not having a protective layer of oil between it and the cylinder wall.

How can you tell if your engine is running way too rich? There are two simple ways. The first and easiest id to simply pull out your oil dip stick and smell it. If it smells like gas, then raw gas is getting past your rings and into the oil. The second way is to pull a spark plug or two and see what they look like. A plug fouling from fuel will have a fine, black suitty powder on it. If you are really running rich, the plug may be wet and smell like raw gas. Wet, gooey, cakey deposits on a plug are usually from oil, not fuel.